Oculus Quest 2 is an amazing Virtual Reality (VR) Headset that was developed by the reality Labs. It is a successor of the Oculus Quest Headset. It has an Android-based operating system and Oculus-compatible VR software running it. You would definitely love this VR headset because of its lightweight, high refresh rate, and updated internal specifications. The VR Headset can be displayed to others using the cast option. It provides an idea of what’s happening to the viewers while gamers are wearing VR headsets. If you have an Oculus Quest 2 Headset, you can cast it to your Samsung Smart TV as well.

How to Cast Oculus Quest 2 to Samsung TV

Related: How to Connect Wii to Samsung Smart TV

How to Cast Oculus Quest 2 to Samsung TV Using Headset

You can cast the Oculus 2 headset to your TV with the device itself as follows.

2. Open the Universal Menu on your headset and, then select the Sharing option.

3. Select the Start Headset Casting option and then choose your Samsung Smart TV to connect.

4. Following that, you can start from the in-VR prompt.

5. You can ensure that the VR headset has a red dot to denote casting.

Related: How to Connect Alexa to Samsung Smart TV

How to Cast Oculus Quest 2 to Samsung TV Using Phone

It is possible to connect your Oculus Quest 2 Headset to your TV with your smartphone. You need to download the Oculus app on your smartphone from the Play Store or the App Store as necessary. Make sure that the Smart TV and Smartphone are connected to the same Wi-Fi network.

1. Power on your Oculus Quest 2 headset.

2. On your smartphone, open the Oculus app.

3. Next, tap the Cast icon at the top and choose your VR Headset.

4. From the Cast To section, select your Samsung TV or Chromecast.

5. Find the Start button from the bottom of the app screen.

6. Finally, accept the in-VR prompt after putting the headset on.

The Samsung SmartThings app also can screen mirror the smartphone to the Samsung Smart TV. If you have any queries with the above steps, please mention them in the comments section below.

Related: Where is the Camera on Samsung Smart TV

How long can you use the Oculus Quest 2?

The Oculus Quest 2 Headset has a battery life of two to three hours in between consecutive charging sessions. If you wish to double the battery life, you can use a Quest 2 Elite Strap, which has a built-in battery pack.

How to cast from Oculus Quest 2 to TV? 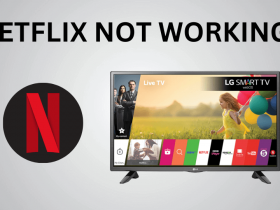 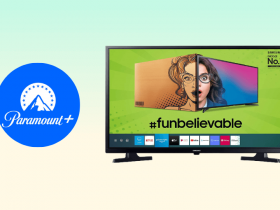 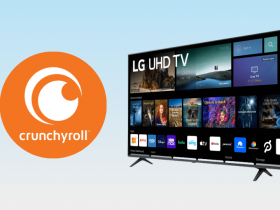